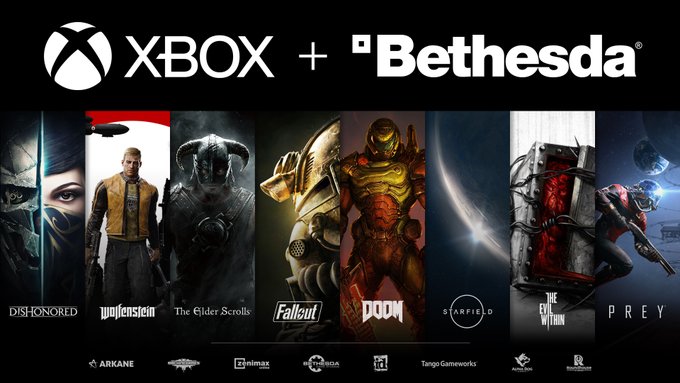 As of September 21st Microsoft is set to purchase Zenimax Studios and Bethesda for $7.5 Billion. Microsoft will now have multiple studios under them thanks to the acquisition. This will make it so Xbox has 23 game dev studios, which makes it clear the lack of exclusives argument is now over. Not to mention the fact they have Obsidian under their belt as an incredible contender to Bethesda.

Their is a lot of talk about whether Microsoft will make Bethesda games timed exclusives for Xbox, but they have cleared it up stating that will not happen with Elder Scrolls and Fallout at least. Bethesda and Microsoft have always had a close relationship since they first released Morrowind on the Classic Xbox. It’s clear that this will be an interesting and controversial deal at the same time.

One of the best things that could come out of this is Obsidian and Bethesda will possibly be able to make a new Fallout New Vegas, in either the form of a sequel or a remake of 1. However I would not hold me breath since both studios are currently quite busy with other projects. In conclusion let’s hope Microsoft doesn’t become the Disney of game publishers buying everything up and becoming a monopoly, only time will tell…

Here a link to the original article by Phil Spencer

Check out Gardenium Terrarium for Mobile

One thought on “Microsoft Xbox to purchase Zenimax and Bethesda”