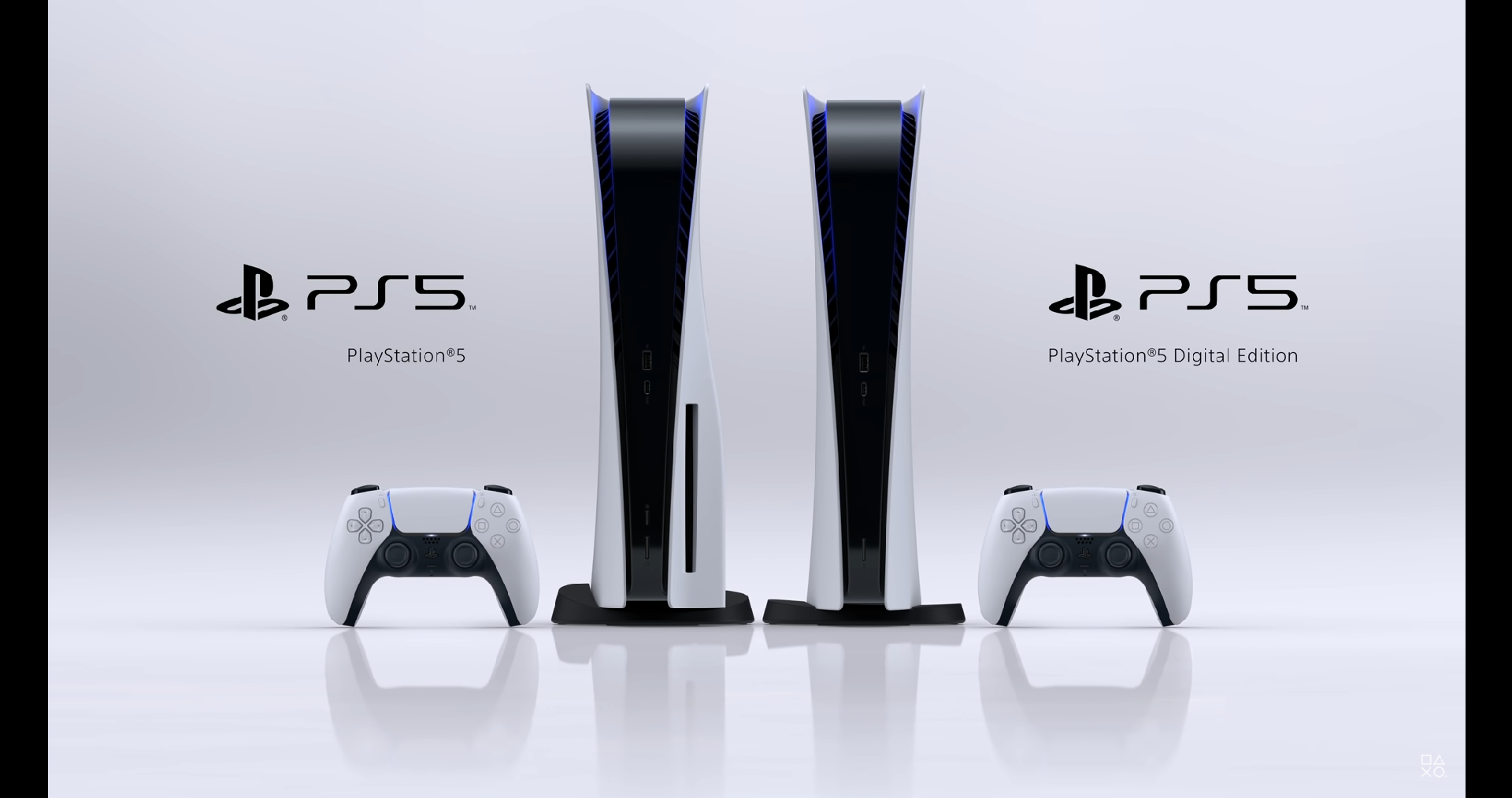 The PlayStation 5 Hardware Reveal is here, and everyone is calling it a WiFi router. They are releasing two versions, a Blu-Ray version and a disc-less digital-only version. Personally I think it looks cool but the bulge on the side of the Blu-Ray version is not symmetrical so it it looks funny, but still a cool design.

The controllers are usual are packing some awesome new haptic feedback with their DuelSense technology inside that allows you to feel things more realistically and replaces the old rumble system. The triggers are adaptive and simulates things like a bow string getting harder to pull back as it tightens. The controllers have a built-in microphone and a headphone jack, and the share button is still there. Almost all features form the PS4 controller are still there like the built-in battery, the speaker, and the motion controls. Click here to read more about it on Sony’s website.

Here are the specs thanks to Digital Foundry:

Check out our article on Bethesda/Zenimax getting purchased by Microsoft

One thought on “PlayStation 5 Hardware Reveal and Specs”